HOW VING TSUN CAN HELP AGAINST BULLYING IN SCHOOLS 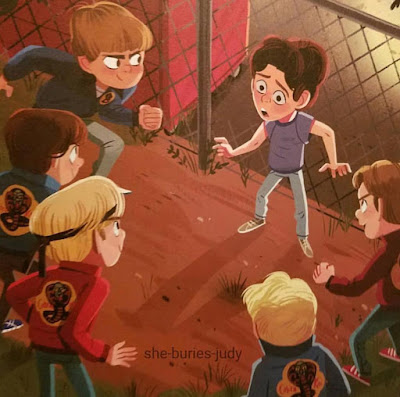 For those who don't know, on May 7th, it was released by AMAZON, a children's picture book based on the 1984 "Karate Kid" classic movie. The illustration above is from this book by Kim Smith.
Because I´m are following the new series that follows to the classic from 1984, I got in touch with this image promoting the book. Interestingly , the expression of the character Daniel LaRusso in the illustration, realizing surrounded by members of the Karate school called "Cobra Kai", touched me deeply.
I spent a few minutes looking at this scene, and a movie came to mind: Not the "Karate Kid" movie, but the movie of my own life. And I believe that the lives of many other young people who are currently being bullied every year. 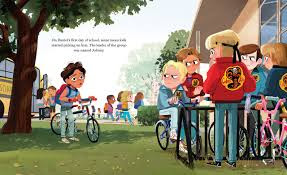 Daniel LaRusso's expression in almost every image released by the book is utterly helpless. Since in the original story of the movie, he is the new boy of a school, and is bully by Johnny Lawrence and his fellow Karate practitioners. 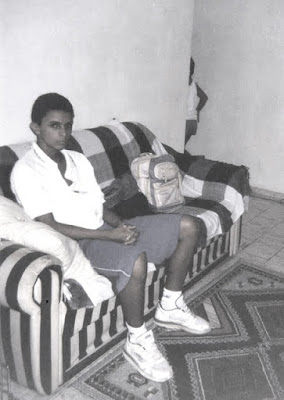 (Picture of me taken in 1997, just moments before going to another
tough day at school at the height of the problems I was facing in my class.)


In 1997 it was difficult when Sunday came, because I knew that the next day I would need to be in that classroom and somehow try to "survive." It's hard to explain why bullying starts. It may be because of a blunder you made in public that marks you throughout the school year, or some physical trait (which is more common). This feature turns out to be a serious problem for the student.

Maybe Daniel LaRusso's expression in the illustrations touched me so much, because it was exactly the expression he carried with me all year: An expression of helplessness.
For some reason I can't explain, I never considered commenting with my parents what was going on, and I endured those verbal and physical aggressions all year long. This ended up causing me some health problems. For in addition to living in fear, the person who suffers bullying lives in isolation, since no one wants to associate with this student, since they can become a target too. And some random people in the classroom will even chorus the bullies, just so that these bullies don't come to them at some point. 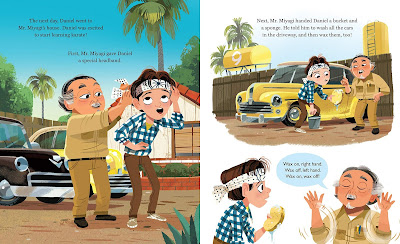 In the book's illustrations, Daniel LaRusso's expression begins to change when through a playful and experiential process with Mr. Miyagi, who becomes his Karate Master. He is beginning to gain more and more confidence because he no longer feels so alone and the very learning of a martial art coupled with his mentor relationship gives him the courage to live a better life. 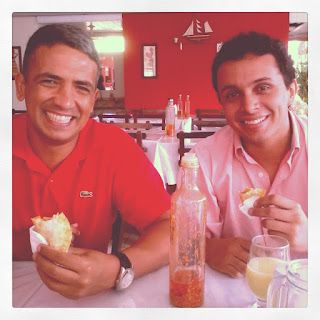 I only met my Master Julio Camacho (photo) in 1999 at the age of 15. From then on I was never approached by any bully no more. Whether at school or on the street, everyone started to treat me with respect . Something about me changed every day thanks to the learning of this Chinese martial art called Ving Tsun that I learned from my Master.
Also through an experiential process that we call "Kung Fu Life," my Master teaches me over twenty years how to look at everyday issues from a strategic perspective, so common to a Kung Fu practitioner. 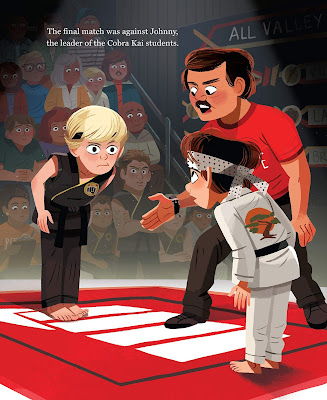 The book ends just like the 1984 movie: With Daniel-San facing his former bully Johnny Lawrence in the All Valley Karate Championship Final. Daniel eventually becomes champion, and earns the respect of the other boys. 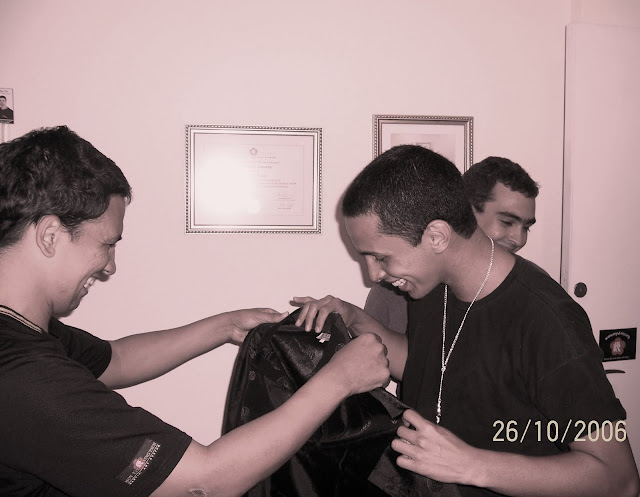 Unlike a movie like "Karate Kid", we don't solve all our punch and kick issues. Ving Tsun, considered by many to be "The martial art of everyday fighting," speaks of learning the art of fighting without a fight. For we understand that our greatest opponents in life will be situations that we cannot "hit"
We can think about what kind of information we are giving, whether we enter a classroom on the first day of the year or our new job. Which will generate in those present the thought that they may disrespect us. Or maybe when we get robbed: Why did the bad guy choose us? 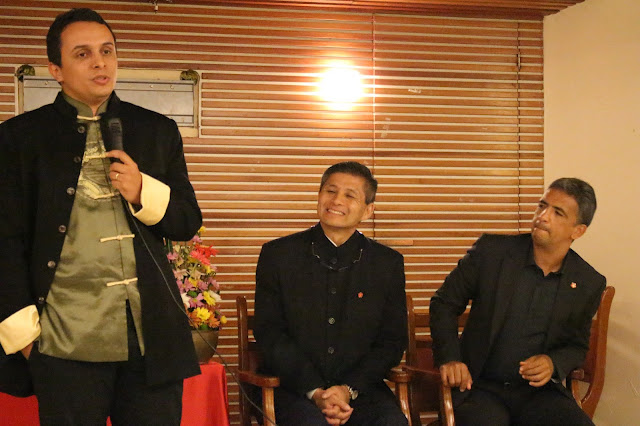 (Already as a professional and Master of Ving Tsun in 2017, I speak in public observed by my Master Julio Camacho and his Master Leo Imamura)

In 2007 I started to become a professional of this  martial art, and I try to create scenarios where people who also need to gain the confidence to resignify themselves as human beings can develop. Just as my Master did and still does for me.
I believe in the fundamental role that martial arts and living with it have played in my life from these extremely heavy episodes of bullying.
And today that Ving Tsun Kung Fu has become a dream I live daily, I quote my Master's famous quote: "You will never know why you devoted so much of your life to a dream until the day this dream saves your life." 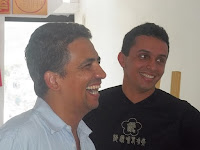